How Safe are X-rays? Truth and Myths

X-ray examination is one of the most popular diagnostics. X-rays can be used to identify diseases of the lungs, spine or teeth. Despite the prevalence of X-rays, each of us is frightened since childhood that X-rays are dangerous due to radiation, and doing it is harmful to health. In this article, we talk about how really dangerous X-rays are and whether you should be afraid of them.

1. X-rays are dangerous due to radiation

There are two main myths about X-rays. The first is that X-rays are dangerous since they create a high radiation zone, the second is that it is completely safe, and it can be done at the request of the patient, says Vanessa Simmons, a healthcare expert and consultant from LandaCorp. 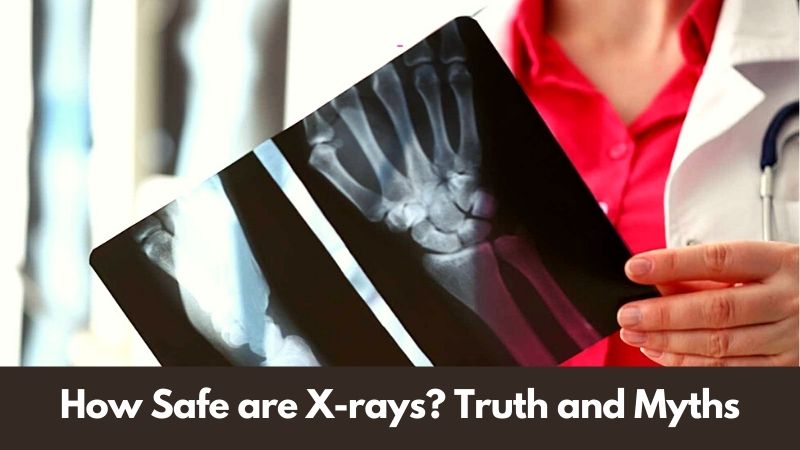 X-rays represent a specific source of radiation, which has its own measurable disease risks. Even if an X-ray is done as prescribed by a doctor, radiation in small doses cannot be avoided,” Vanessa explains.

The so-called “natural” radiation is measured in millisieverts (mSv) – this is a measure of the dose during medical diagnostic procedures (fluoroscopy, X-ray computed tomography, and others).

Computed tomography (CT) is the most difficult type of examination with the greatest probability from the side of radiation. For example, a CT scan of the abdomen or pelvis gives radiation of 20 millisieverts (mSv), the specialist says. And the most common type of examination is a chest X-ray, which is approximately 0.1 mSv.

According to Vanessa Simmons, there is evidence that the risk of radiation damage may arise if several computed tomography (CT) scans are performed in a row, for example, every other day. It is also dangerous if tomography covers large areas of the human body.

The main thing that doctors are trying to study today is the possibility of a fatal risk of cancer with periodic X-ray examinations.

Even if we take into account the frequency of CT, then the risks of oncological processes during such studies are not as great as they say – about 1 in 1000 cases for CT with contrast.

With the most common X-ray – the chest – this figure is even less – 1 case per million.

If we talk about alternative research methods – ultrasound, MRI and so on – they practically do not carry a radiation load.

3. Natural radiation is not terrible

According to physicians, each person receives about 3 millisieverts of natural radiation from space during the year. For residents of highland areas, this dose is higher – about 4.5 mSv.

Most exposed to radiation are people who work in the sky – pilots, flight attendants and representatives of similar professions. But even if you are an ordinary passenger, you get 0.03 mSv of “natural radiation” on every flight.

4. Not everyone can do X-rays

Another common myth about x-rays is that not all patients can do it, as there are many contraindications.

5.You need to remove radiation from the body after the X-ray

Doctors agree that there are no special measures for rehabilitation after X-rays. The impact of sources of ionizing radiation in small quantities occurs only during the study.

The main thing here is the presence of strict standards for conducting such examinations. The only thing that can be done after the X-ray to prevent possible negative consequences is to consume more fluid since water helps the body cope with possible damage that has arisen or could arise from such a lesion.

"I walked in to get an X-ray, and needed to schedule a mammogram and bone density study for a future date. Your West Valley location was able to perform all 3 exams that same day! I didn't have to take off another day of work to get them all done. Thank you so much!"